Young tennis star, Naomi Osaka, 20, has just become the first Japanese tennis player in history to win the U.S Open. Software called TennisStats which was created by Australian business Perana Sports can be partly attributed to this monumental moment in Japanese sport.

Toshihisa Tsuchihasa represented Japan at the 1988 Olympic games in tennis but these days he wears many hats in the world of Japanese tennis. He is an executive director of the Japan Tennis Association (JTA), general manager of their High Performance department and the Japanese Fed Cup team captain.

Tshuchihasa was instrumental in obtaining TennisStats for JTA, which has become a significantly important tool for the association.

Tshuchihasa first saw TennisStats in action when it was being used by Tennis Australia during the Australian Open three years ago. For the next two years, Tshuchihasi pushed for the JTA to allow him to take out a license with TennisStats with the purpose of utilising it to help the Japan Fed Cup Team returning to the World Group. Earlier this year, JTA finally relented and purchased a licence for the software when it was given funding by Japanese Olympic Committee in preparation of the 2020 Tokyo Olympic games.

Within a few months the JTA were seeing positive results. Tshuchihasa had led Japan back into the World Group by winning the Group One Asia/Oceanic tournament in India. They followed up that with a hard fought victory against Great Britain in the play off to qualify for World Group II next year.

The focus was then shifted to utilise the software to assist their leading male and female players, Kei Nishikori and Naomi Osaka. JTA provides them with analysis gathered using TennisStats
that has cumulated in Osaka winning the womens US Open and Nishikori reaching the semifinal in the mens draw.

JTA have indicated that the use of the app will be extended to cover other Japanese players on the professional tour as well as assisting their junior athletes in training. 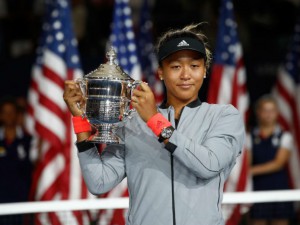 Perana Sports are proud to announce the release of 'VideoTagger'. This is an innovative iPad…